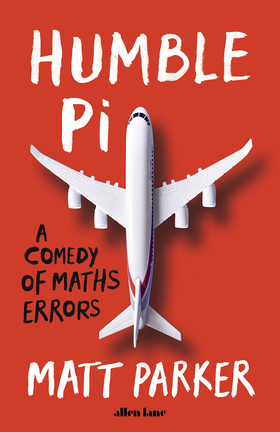 We all make mistakes … especially math mistakes. Either we forgot to carry the one, used "freedom units" instead of metric, lost the decimal point, or found some other creative way to make a mistake. Usually the consequences are small enough that we can chuckle when we find out Michael Bloomberg can't afford to give everyone $1 million dollars. However, for the engineers and software developers among us, these mistakes can have real consequences.

For the vast majority of us, math is not an easy subject, nor does it come naturally to us. One of my favorite examples of this (also in the book) happened in 1852. Radhanath Sikdar, a young mathematician at the time, was compiling measurements from multiple different observations for a mountian peak named "Peak XV" for the Great Trigonometrical Survey, a project to survey the entire Indian subcontinent.

While Sikdar was calculating the measurements, he came to the conclusion that Peak XV was the tallest mountian on record, standing 25,000ft (8,839.2m) tall. Excited, he gave his report to Andrew Scott Waugh, the director of the survey at that time, who spent a few years validating the data. However, when the time came to publish their findings, knowing the public was largely bad at math and would incorrectly assume 25,000ft as a rounded number and not the exact height they spent years calculating, they decided to add 2ft to the peak, giving it the more precise feeling, but completely wrong, height of 25,002ft (8,839.8m). This would also lead Waugh to being playfully credited with being the first person to put two feet on top of the mountian that would eventually be named Mount Everest.

Even though we know everyone makes mistakes, and math does not come naturally to us, we still have an extremely hard time admitting to our errors. Matt Parker and his book Humble Pi believe that, as our world grows in complexity, accidents will continue to happen. Instead of hiding them in hopes that no one will notice, we should build systems that encourage us to learn from our mistakes. Much like the United State's National Aeronautics and Space Administration (NASA) and National Transportation Safety Board (NTSB), both famously publicize their investigations into the failures and accidents we see all over the news. Matt Parker's book does a great job of showing us mistakes can be both funny and a great teaching tool for our next generation of engineers and everyone else who continues to explore the boundaries of this world.