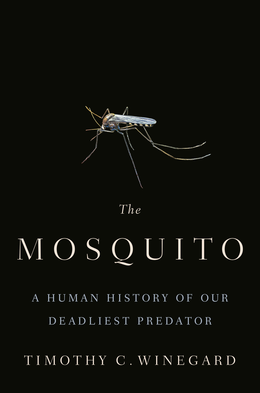 For thousands of years, we humans were terrorized by a deadly disease, without effective treatments or a clue what actually caused malaria. Hindu texts from the 6th century BC, Mesopotamian tablets from 2000 BC, and Chinese documents from around 2700 BC all make references to something we are almost certain was malaria. It wasn't until the early Greeks, including Homer (850 BC) and Hippocrates (400 BC) that documents survived well enough about the enlarged spleens and malarial fevers from people living in marshy areas. This observation would help popularize miasma theory and how malaria would eventually receive its name, which literally translates into "bad air" in medieval Italian.

Even with remedies like chinhona bark, a genus of around 23 species of plants "discovered" in the early-1600s in tropical regions of the Andes Mountains, it would take another 200 years for scientists like Charles Louis and Alphonse Laveran in 1880 to discover the parasites causing the malarial fevers, and another 17 years for Ronald Ross in 1897 to finally incriminate the mosquito as the delivery system for malaria. Proving once and for all that, despite all the hollywood movies about snakes on planes, man-eating crocodiles, or shark-nadios, the mosquito is by far our deadliest predator.

Timothy Winegard's book The Mosquito focuses on our collective history as a species and what the mosquito has done to change it, which turns out to be quite a lot. Starting with King Tut (1324 BC) who (probably) died at the hands of a mosquito carrying malaria, to the invisible army of mosquitoes in the Pontine Marshes literally sucking the life out of Rome's enemies as they invaded, and includes modern events like the mind boggling death toll it took to colonize the Americas, and Dr. Seuss' creative advertisement campaigns needed to remind soldiers to protect themselves from mosquitoes in World War II.

A particularly interesting event (for me) covered in the book happened in 1698, when five ships began their journey in Scotland, planning to ride the Trade Winds to the Darién region of Panama. These ships where loaded with trading goods, like wigs, woolen socks and blankets, mother-of-pearl combs, Bibles, twenty-five thousand pairs of leather shoes, and even a printing press. Their goal was to establish a trading post that would help the fiercely independent kingdom of Scotland, struggling from years of famine, to secure a colony on the Isthmus of Panama on the Gulf of Darién.

This plan was insanely popular in the struggling kingdom, attracting all forms of investors from poor farmers to members of the national parliament, who collectively invested approximately 20% of all the money circulating in Scotland at that time with the Company of Scotland who was establishing the trading post in the new world. Mercantilism, the accepted economic theory at the time, meant that instead of simply competing with England or Spain who, thanks to their colonies in the new world, where literally moving boat loads of money, Scotland would need to take market share from these larger empires in order to stay relevant (and independent from England).

The Scot's plan did not go well...

To quote Winegard, "The words that are repeated to the point of nausea in the diaries, letters, and accounts of the Scottish settlers are mosquitoes, fever, ague, and death". What the 1200 colonists didn't anticipate was the deadly swarms of malaria and yellow fever carrying mosquitoes waiting to feast on the Scottish settlers when they arrived. Having never experienced malaria or yellow fever in the temperate climate of Scotland, the colonists had little resistance and quickly fell sick. After six months, with nearly half of the colonists dead, the survivors still able to move under their own power (six colonists where left on the beach) picked-up and fled.

To make matters worse, 300 additional colonists in a resupply mission and another 1000 colonists in a second expedition left in 1699, before news of the complete failure could reach Scotland. These later expeditions largely met the same fate as the first. Out of the combined 2500 colonists only a few hundred survived the expedition to the New World.

The monumental failure of the Darién scheme left Scotland, its landed aristocracy, mercantile elites, and nobles in overwhelming debt, which was cited as one of the motivations for signing the Acts of Union with England in 1707. The deadly mosquitoes of Darién, one blood-meal at a time, changed world history and forced a reluctant Scotland to forfeit their independence and join England to create Great Britain.

Even today with the advent of pesticides like DDT, modern medicines like antimalarial drugs, and other repellents like insecticide-treated nets, we are still not 100% protected from malaria. In 2018 alone, the WHO found somewhere between 206 to 258 MILLION malaria infections worldwide, with 93% (213 million) of these infections taking place in Africa. Of the 405,000 deaths, a horrifying 67% (272,000) where children under the age of five years old. While these terrifying numbers are still 260 million too big, they show how, even with the advances we've made from Hippocrates' time, our deadliest predator continues to be a 0.002 gram insect.