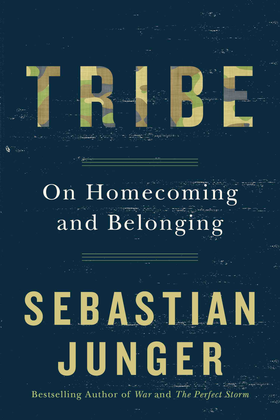 We are currently living in the most connected time in human history. Today, half of the world's population has some type of access to the internet and the limitless information it contains. Together with the advent of social media, geography is no longer a limitation to finding and belonging to a community, allowing the most obscure groups to exist and thrive. In short, with the internet, it has never been easier to belong.

Surprisingly though, we are also living in the loneliest time in human history. An online study of 20,000 Americans above the age of 18 found that 43% of respondents feel they lack companionship, 43% feel their relationships are meaningless, 43% feel isolated from others, and 39% are no longer close to anyone. The study went on to find that, how frequently people have meaningful face-to-face interactions and how lonely they felt had the highest correlation, and contrary to popular belief, they found no correlation between how lonely you feel and how often you use social media. This suggests that while social media is a great benefit to the world, it cannot replace the benefits we get from belonging to an (IRL) tribe.

Sebastian Junger's book Tribe is a (thin, 138 page) thought-provoking book that blends anthropology and psychology to discuss the obstacles military veterans and other people returning from war-torn regions and other high stress environments face when returning home. Junger argues that the tight knit bonds formed in these intense environments is what we have historically depended on to survive and thrive as a species since the stone-age and what our, increasingly individualistic, society needs to encourage in order to reduce the obstacles our veterans face as they struggle to find the same bonds they formed during war. These "small groups defined by clear purpose and understanding" are what we need to feel purposeful and happy and unfortunately is in increasingly short supply in our modern world. Tribe essentially turns the question around from asking what is wrong with our veterans, to asking what is wrong with us.

I personally enjoyed this book. Junger, an award wining journalist and special corespondent to ABC News, has spent more time than most in intense environments allowing him to make the observations needed for the claims in his book. However I would have liked to see more examples taken from history, anthropology and psychology experts, or more interviews from people returning home, to give the book less of a journalistic story and more of an anthropological investigation. Overall the, very short, book makes a complex topic very accessible and introduces me to a new possible explanation as to why we are collectively struggling to belong when we have never been more "connected."